PLEASANTON, Calif. – July 20, 2020 – Today, branded payments provider Blackhawk Network released its 2020 Multinational BrandedPay™ report1 revealing a surge in digital wallet adoption with 88% of surveyed shoppers in eight markets using a digital wallet of some kind. The research also found that more than half of consumers surveyed have now purchased or received a digital gift card, which unlike physical gift cards, are equally as likely to be purchased for self-use as they are to be gifted to someone else. The report examines attitudes and behaviors around shopping, payments and gifts, including research conducted both before the peak impact of the global pandemic and supplemental data2 gathered as many countries began phased re-openings.

“Over the last few months, we’ve witnessed a rapid shift to digital when it comes to both consumer demand and the need for retailers to adapt to meet customers where and how they are shopping,” said Theresa McEndree, vice president of marketing at Blackhawk Network. “Initially, our research captured the evolving preferences of consumers in the U.S., U.K. and several other countries. As we began to approach the next phase of the COVID crisis, it became apparent that the consumer demand for digital and the glaring gaps we had identified between the digital and physical marketplace were not only still relevant, but largely accelerated or made more prominent. Now more than ever, the brands and retailers that will survive and ultimately thrive are those quickly adapting and actively looking for ways to overcome new challenges by seamlessly engaging customers across the channels they find most valuable.”

Based on responses from more than 12,000 consumers from eight countries around the world, the data was examined to identify the following trends:

Digital wallet adoption has taken off

Digital gift cards gain on plastic with boost from self-use

More than half (53%) of shoppers surveyed across eight markets report shopping more frequently online than they do in-store, and regularly shop from mobile devices. Four-in-ten shoppers surveyed are using their mobile phones and/or a mobile app to shop online. Compared to last year, 39% report having made more online purchases this year, with just 27% reporting they’ve made more in-store purchases. Fewer than two in ten shoppers surveyed report cutting down on either type of purchase.

The world is only just beginning to realize what shifts in shopping behavior and preferences will be made permanent after the pandemic. While more than half (55%) of U.S. consumers surveyed feel safe shopping at physical retail locations, 44% report being unlikely to return to their normal shopping behavior even as stores start to reopen.

Blackhawk Network works with more than 1,000 brands and card partners, is in more than 200,000 retail locations in 28 countries, including a presence in EMEA and APAC. Blackhawk Network connects with more than 300 million shoppers worldwide each week. For more global insights and in-depth analysis by country, download the full report, “BrandedPay: How People and Brands Connect Through Payments” here.

Blackhawk Network delivers branded payment solutions through the prepaid products, technologies and network that connect brands and people. We collaborate with our partners to innovate, translating market trends in branded payments to increase reach, loyalty and revenue. Serving 28 countries, we reliably execute security-minded solutions worldwide. Join us as we shape the future of global branded payments. Learn more at blackhawknetwork.com.

1 “BrandedPay: How People and Brands Connect Through Payments” is based on the findings of an internet-based survey conducted by Leger on behalf of Blackhawk Network between February 12 and March 17, 2020. The sample size included over 12,000 respondents in eight countries.

2 The “COVID U.S. Consumer Preferences” study is based on findings of an internet-based survey conducted by SurveyMonkey on behalf of Blackhawk Network on May 22, 2020. The sample size included 1,019 U.S. respondents. 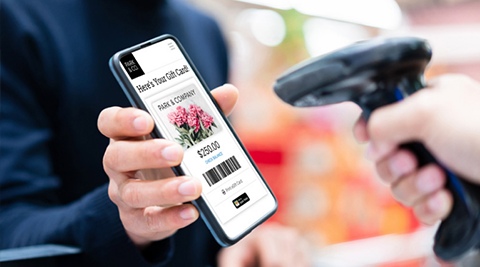 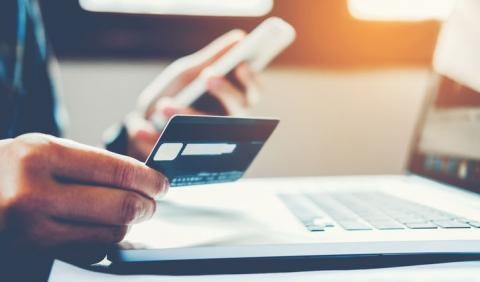 Cases
Embrace the New Normal: How to Engage Your Remote…
Learn More 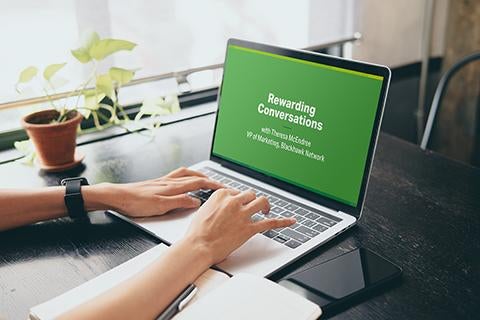 Spending Up in Down Times
Learn More