Motivating a change in consumers or retailers is not always easy work, a reality evidenced by the plodding pace of contactless payments in the U.S.

The trouble, Blackhawk Network CEO and President Talbott Roche told Karen Webster in a recent digital discussion, hasn’t been that consumers or merchants have had an adverse reaction to contactless payment methods — so much as they’ve had something of an inertial connection to cards.

“A major reason that digital transformation has been slower is because consumers have not perceived as much value in those digital wallet or digital payment experiences — they haven’t seen a huge pickup in value,” Roche said, which has meant the pressure on merchants to adopt them has been nearly nonexistent to the extent that only about one-third of payment terminals in physical retail locations today are even contactless-enabled.

However, in the span of a few short weeks, Roche told Webster, the global health pandemic has radically reset consumer and merchant world views — particularly when it comes to their shopping habits and transactional preferences.

That has motivated a sea change as brands and physical retailers are working to rebuild their consumer experiences around digital, she said. Blackhawk has been hard at work designing ways for the eGifting rails to be leveraged more broadly to give brands a way to easily and rapidly build out multichannel capability, accessible by the consumer from every starting point — digital or physical.

She noted the future of retail would be making multichannel journeys as seamless for the connected consumer as possible and allowing them to facilitate a payment transaction in whatever channel they want, whenever they want it.

“The connected consumer wants what they want, when they want it, where they want it, in whatever channel they want it,” Roche told Webster. “And we all kind of have to think that way now, as payment providers, as retailers, as brands — we all really have to be omnichannel in the fullest meaning of that word.”

Widening the Range Of eGifting’s Capability

The Starbucks app is, in many ways, the segment-leading innovator when it comes to taking the payments processing, moving it to eGift cards and then wrapping the entirety of their loyalty and rewards process around that app-based ordering journey.

Roche noted that the ability to push the consumer engagement and rewards experience to the foreground and the transaction to the background becomes a far more engaging way for consumers to connect with the brand and be motivated to continually return to it.

“At Blackhawk, we settle funds every day, but we also believe our higher-order good as a value-added payment solution provider is driving deeper engagement,” she said. “And we’ve always looked at payments as a way to deepen relationships between consumers and brands.”

And in a post-pandemic era, she noted, what Blackhawk is seeing is a growing need to expand that mentality beyond the traditional bounds of eGifting as the world has known it thus far. The question the company is now answering is: How can “eGifting rails” to do more and allow merchants to enable a greater variety of omnicommerce transitions? That includes work Blackhawk has done with Alipay to make it easier to accept in person by scanning a bar code at the point of sale (POS), or new projects to allow that barcode technology to enable a consumer to apply their rewards points as capital to transact with in physical locations.

“The addition of that multichannel capability is making physical retail more relevant,” she said. “Enabling a consumer to redeem with new digital currencies, to purchase the goods and services in a way that they couldn’t before, enhances convenience for that end-user of that consumer. That’s always been at the base of what we do. How do you make something more convenient?”

Blackhawk’s goal, she noted, isn’t to compete with other payment types; its goal is to bring traffic and transaction types into the retail network that it has already built to enable a wider variety of transaction types becoming increasingly relevant to consumers.

The world at present is a rapidly shifting place — between the pressures exerted by COVID-19 and the emergence of 5G technology — how and where consumers are spending is continually shifting.

“There’s a shift of dollars right now going on from out of home entertainment like dining, movie theaters to in-home entertainment, which includes digital gaming, video streaming and even home delivery,” she said. “You’re going to see more of that, and it’s going beyond entertainment to services, food delivery and even medical services and other things we’re not used to consuming digitally. We are learning new habits of digital service consumption and all generations are beginning to embrace behaviors previously reserved for Gen Z.”

And that, she noted, is why the entire commerce ecosystem needs to think differently about the commerce journey consumers are on — and how and when they will want to pay for services. They are also expanding their payment network capacities to include barcode-based “cash-in payments” that allow consumers to make physical purchases for digitally provided goods and services, like Netflix.

The future, as Blackhawk sees it, will be about creating smooth, incremental progress that builds digital onramps, mutually beneficial for both merchants and consumers, she said.

“This is an easy, safe area for consumers to do these transactions,” she said. “They’re already very comfortable in their local grocery. I think that consumers are already conditioned — you’re not asking them to do something that new, and that’s half the battle. The other half is making it super convenient for the retailer and lowering the cost of investment for them because they have a lot of things on their plate right now.”

An expensive, hard-to-roll-out digital payments integration is appealing to almost no one in the current environment, she explained.

Roche noted that the payment is often the part of the commerce journey no one really wants to think about or engage physically. It’s a necessary step they must complete to finish the loop between finding what they want and owning it. The goal, for Blackhawk and most of the retail ecosystem going forward is making those payments frictionless, easy and value-added.

“What that does is it makes a consumer say, ‘I’m going to end up having a better experience with this brand because they’ve wrapped the value around this transaction,’” she said. “When it is all taken care of, it starts to feel more personalized and desirable.” 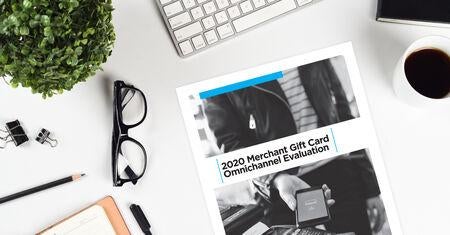 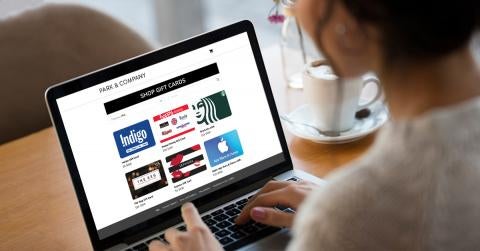 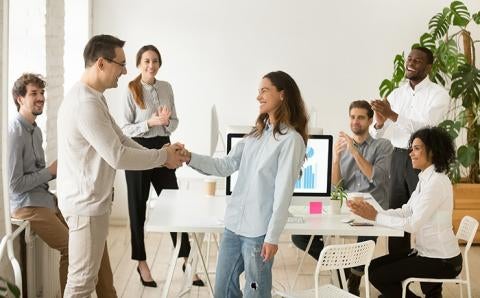